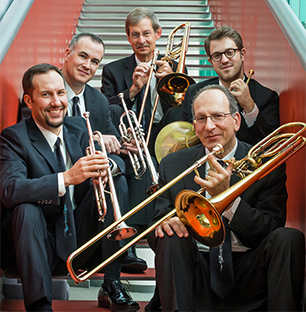 Trumpeter Kevin Cobb became a member of the American Brass Quintet in the fall of 1998. Prior to his joining the ABQ, he had been a member of the Manhattan Brass Quintet and Meridian Arts Ensemble. Currently Mr. Cobb serves on the faculties of The Juilliard School, SUNY Stony Brook, New York University, and the Aspen Music School. He performs regularly in New York with such organizations as the Metropolitan Opera Orchestra, New York Philharmonic, and the New York City Ballet Orchestra. Equally at home in the orchestral realm, he has served as guest principal trumpet with numerous orchestras throughout the United States and Europe, and is co-principal trumpeter of the Aspen Festival Orchestra. His first solo CD entitled "One" features an all-American program of unaccompanied trumpet solos on the Summit Label. He holds a BM from the Curtis Institute of Music and an MM from The Juilliard School. 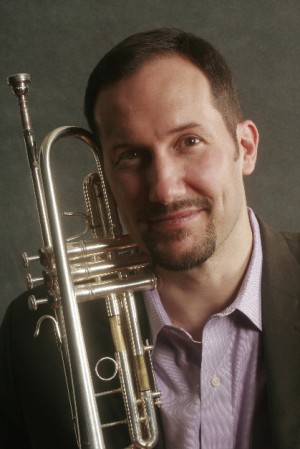 Louis Hanzlik joined the American Brass Quintet in December of 2013. He is a member of the Grammy Award-winning Orpheus Chamber Orchestra, Riverside Symphony, Orchestra of St. Luke’s, and was a member of the Atlantic Brass Quintet. Hanzlik performs frequently as a guest with many of the world's finest chamber orchestras, including a recent solo appearance with the Australian Chamber Orchestra and as principal trumpet with the St. Paul Chamber Orchestra. Dr. Hanzlik is Associate Professor of Trumpet at the University of Connecticut, and also serves on the faculties of The Juilliard School and Aspen Music Festival.  Originally from Nebraska, Hanzlik is a graduate of the University of Iowa (B.M. in Trumpet), The Juilliard School (M.M. in Trumpet) and Teachers College, Columbia University (Ed.D. in Music Education). 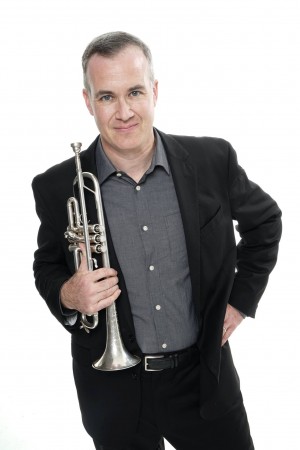 In March of 2014, hornist Eric Reed became the newest member of the American Brass Quintet. With this appointment, Eric joins the faculties of The Juilliard School and Aspen Music Festival.  He has also appeared on the faculty of the Music Academy of the West and the Round Top Festival Institute. Eric has performed with the Orchestra of St. Luke's, Orpheus Chamber Orchestra, New York Philharmonic, New York City Opera, Decoda and International Contemporary Ensemble, among others. He has previously been a member of the Canadian Brass, Harrisburg Symphony, Ensemble ACJW, Burning River Brass and Spectrum Brass. He was also a member of the Oregon Symphony and New World Symphony, and has performed with the Kansas City Symphony, Sarasota Symphony and Florida Orchestra. Originally from Indiana, Eric holds degrees from Rice University (BM) and the Juilliard School (MM). 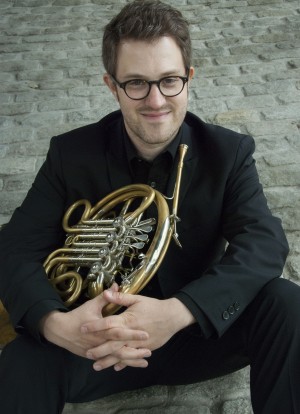 Michael Powell has been a member of the American Brass Quintet since 1983. He has taught classes in Trombone and Chamber Music all over the world. He performs and records regularly with the Orchestra of St. Luke’s, the Orpheus Chamber Orchestra, and the Little Orchestra Society. He frequently appears with such diverse ensembles as the Chamber Music Society of Lincoln Center, Speculum Musicae, the Zankel Band of Carnegie Hall, Music Today, Musical Elements, Professor Peter Schickele’s New York Pick-Up Ensemble, and Tidewater Quintet. Mr. Powell has commissioned, premiered, and recorded solo works by David Sampson, Eric Ewazen, Steven Sacco, and Robert Martin. He is on the faculties of The Juilliard School, SUNY at Stony Brook, and the Aspen Music School. Mr. Powell is a graduate of Wichita State University. 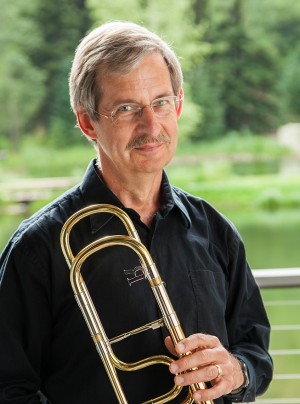 John D. Rojak joined ABQ in 1991. He is bass trombonist for the Orchestra of St. Luke's and the NY Pops, among other NY musical institutions. Rojak has shared stages with Leonard Bernstein, Wynton Marsalis, Metallica,  Pope John Paul II, Cab Calloway and countless other performers. He has performed with the NY Philharmonic, Boston Symphony, Cleveland Orchestra, and Los Angeles Philharmonic, as well as playing for many Broadway shows and commercial recordings. Besides the ABQ teaching associations at Juilliard and Aspen, he is artist-faculty at the Colorado College Summer Music Festival. He has a B.M. from Juilliard and is a longtime New Yorker via the Boston suburbs. Mr. Rojak performs on a custom designed Michael Rath R9 built in 2008. 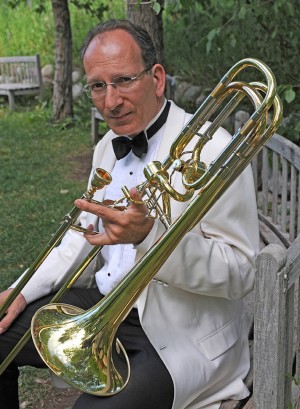 The American Brass Quintet is internationally recognized as one of the premier chamber music ensembles of our time, celebrated for peerless leadership in the brass world. As 2013 recipient of Chamber Music America’s highest honor, the Richard J. Bogomolny National Service Award for significant and lasting contributions to the field, ABQ's rich history includes performances in Asia, Australia, Central and South America, Europe, the Middle East and all fifty of the United States; a discography of nearly sixty recordings; and the premieres of over one hundred fifty contemporary brass works.

Committed to the promotion of brass chamber music through education, the American Brass Quintet has been in residence at The Juilliard School since 1987 and the Aspen Music Festival since 1970. Since 2000 the ABQ has offered its expertise in chamber music performance and training with a program of mini-residencies as part of its regular touring. Designed to offer young groups and individuals an intense chamber music experience over several days, ABQ mini-residencies have been embraced by schools and communities throughout the United States and a dozen foreign countries.

The New York Times recently wrote that “among North American brass ensembles none is more venerable than the American Brass Quintet,” while Newsweek has hailed the ensemble as “the high priests of brass” and American Record Guide has called the ABQ “of all the brass quintets, the most distinguished.” Through its acclaimed performances, diverse programming, commissioning, extensive discography and educational mission, the American Brass Quintet has created a legacy unparalleled in the brass field.